Confessions of an EFT trainer

So last week I ran my first ever four day EFT practitioner training, working with five people to bring them to Level 2 EFT qualification level.

I won’t deny that I was nervous beforehand. My husband commented that I wasn’t really listening to anything he told me (a bit of role reversal there!) and he could see I was a bit worried and not very smiley which is what happens when I’m apprehensive.

Everything was prepared and there was nothing more I could do, but I suppose my biggest concerns were:

So obviously no self-doubt there at all! Some tapping was needed the night before the course and I also felt I was getting a cold too, so I had to tell that to go away or at least wait for a few days.

To be honest I had the best few days of my life!

Everyone had at least one meltdown, and there was a fair bit of physical releasing as well as emotional. No one walked out; everyone gave great feedback; the depth of the work went well beyond my expectations and the visible change in those five people was tangible after four days. Moreover, my vision of an away-from-it-all, retreat-style venue had worked brilliantly, with everyone feeling safe and supported. And I seemed to able to deal with whatever came up.

I realised that I have done so much work on myself that I am now comfortable sharing my own story, to help others realise that we all have a whole heap of shit that we carry around. This is a change from the days when I would be convulsed with embarrassment if someone asked me a personal question in a professional setting.

I was happy being the ‘client’ during one practice session and in fact had a profound realisation of a deeply buried belief.

So what did I learn? 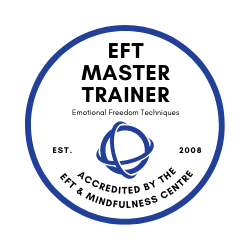